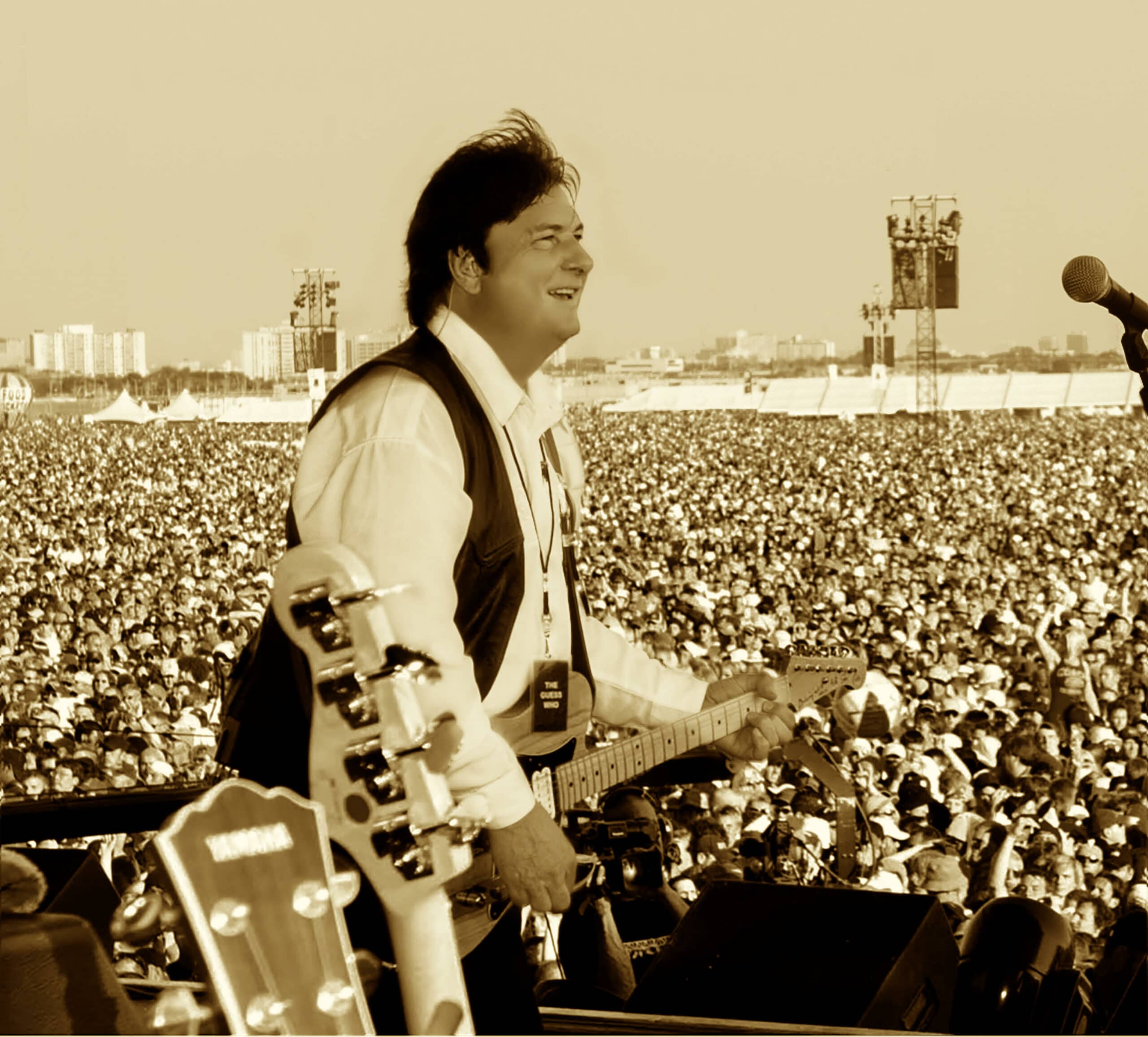 Come out and see Donnie play live at the Revelstoke Performing Arts Centre. Performing your favorite Hits that Rocked the World. American Woman, Bus Rider, No Time, Share The Land, and More!

Donnie McDougall, Inducted into Canada’s Walk Of Fame May 2001.

Donnie played with the Guess Who from 1972 to 1978. He recorded on the albums, Live At The Paramount, Artificial Paradise, #10, and Road Food. Contributed songs such as “Take It Off Of My Shoulders, “Follow Your Daughter Home”, “Glace Bay Blues”, and “Samantha’s Living Room”

Donnie rejoined band members Burton Cummings, Randy Backman, Gary Peterson, and Bill Wallace for the “The Running Back Thru Canada Tour”, 2000 through the end of 2003.  After the “Running Back Thu Canada “, reunion Donnie released a solo album “Best Wishes” recorded in Winnipeg, Manitoba.

Before joining the Guess Who Donnie was the lead singer, guitar player, of the popular sixties band from Vancouver,  Mother Tucker’s Yellow Duck,  writing and co-writing some of the bands best work. The band released two albums, Home Grown Stuff, and Starting A New Day.