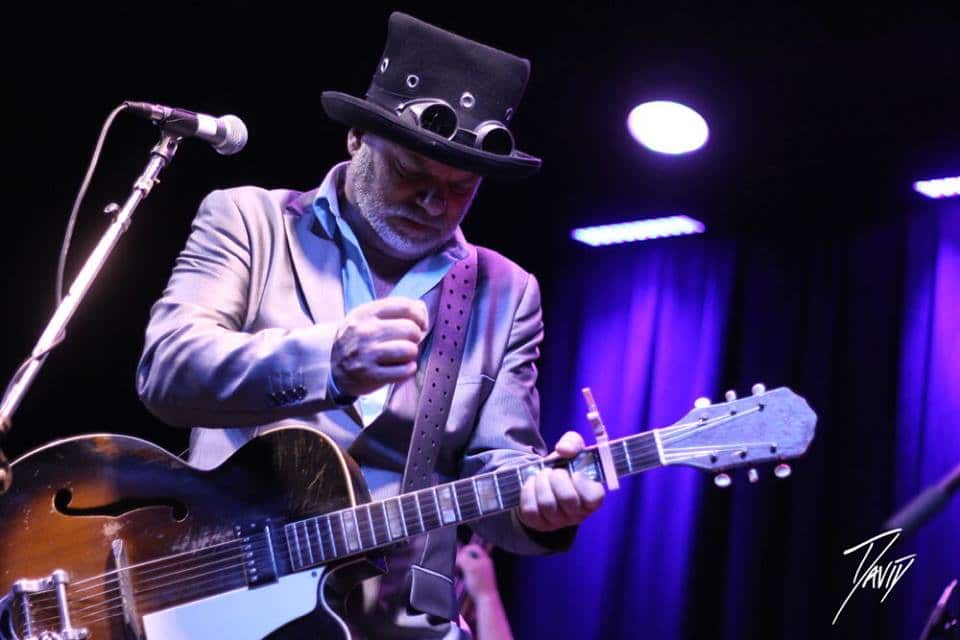 Adding a touch of theatrics to every show, Eaglesmith budded his band The Traveling Steam Show and they began performing in steam puck-ish outfits a few years a ago when he released his latin-influenced rock album Cha Cha Cha.

“It harkens back to the ’60s and ’70s variety shows that were on TV,” Ealgesmith told the Albuquerque Journel. “It’s a show. It’s a lot more than a concert. I like to pay attention to what’s cutting edge and bring that into the live show.”

Tambourine, Fred Eaglesmith’s 20th album reaffirms his rock ‘n’ roll odyssey and is some of his most cohesion shows how tried and true his Travelling Steam Show really is and the level of production and engineering brings it all together to set a new bar of originality and creativity.