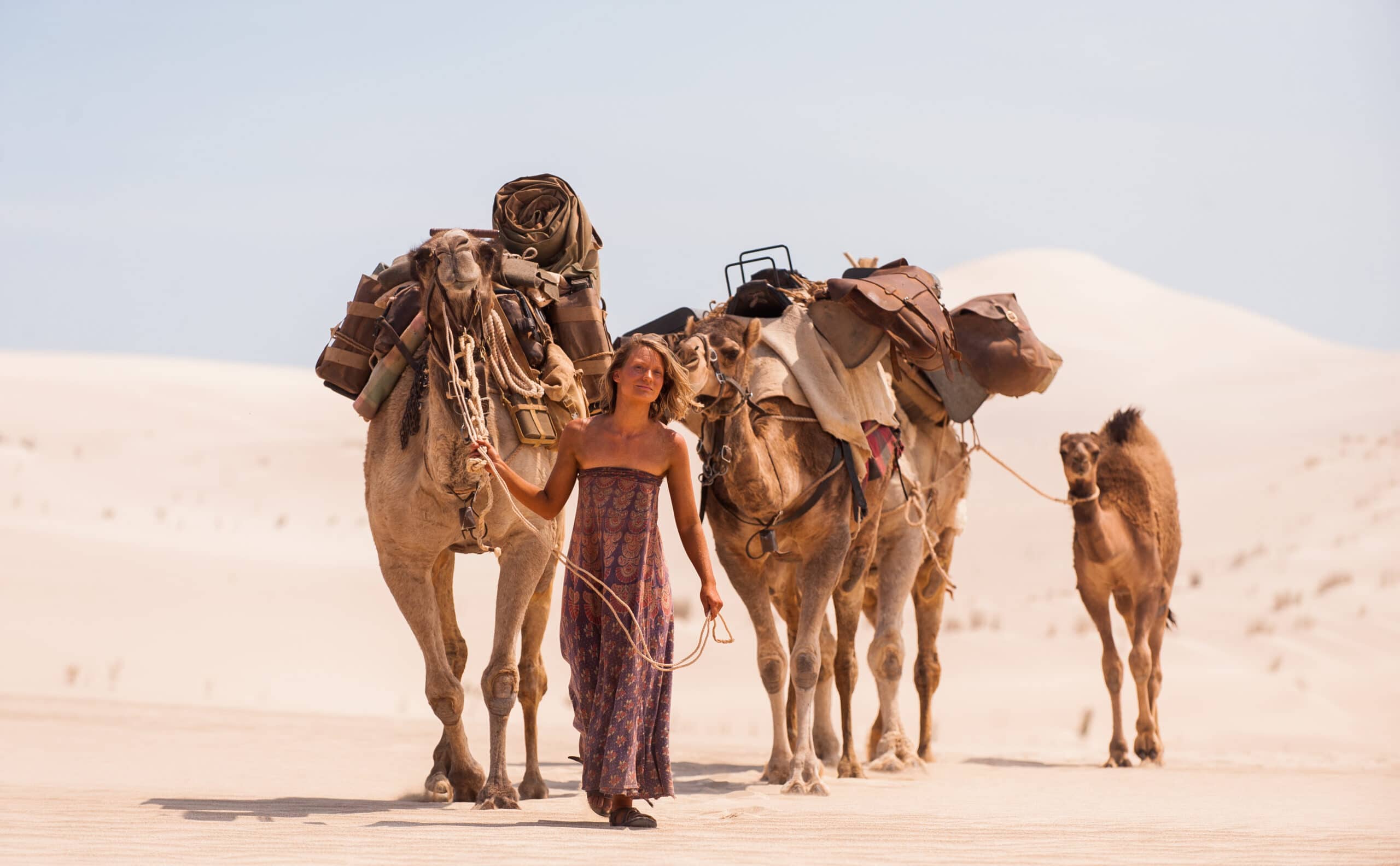 In 1977, a twenty-seven-year-old Australian woman named Robyn Davidson (MiaWasikowska) set out from Alice Springs to walk 2,700 kilometres of harsh desert to the Indian Ocean, accompanied only by her dog and four camels. She ultimately wrote about her desert adventure in her 1980 book Tracks, which became a cult favourite around the world and has now been beautifully adapted for the big screen by director John Curran.