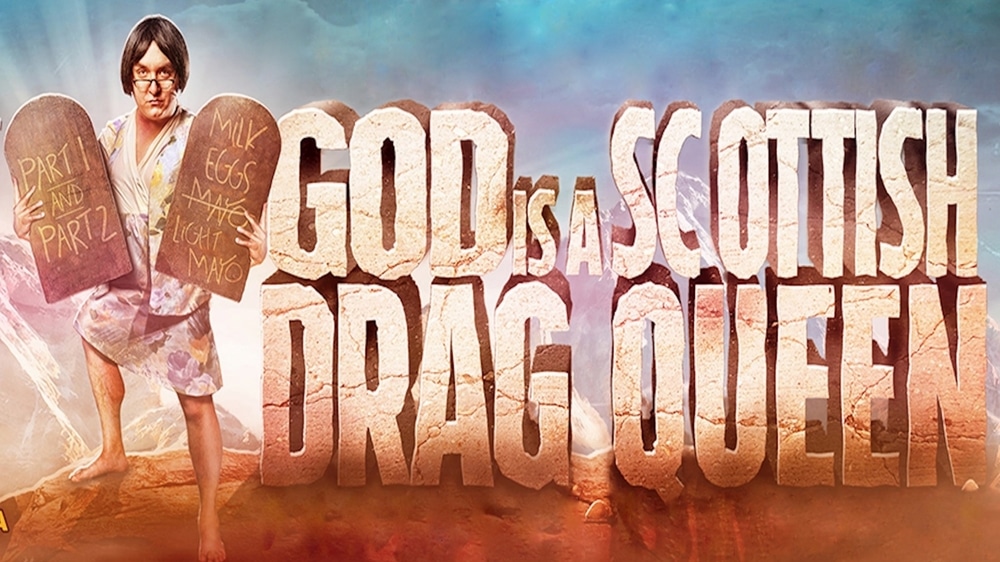 Ready for a good laugh? Chuckles and giggles will abound atGod is aScottish Drag Queen by Canadian comedian Mike Delamont.

This highly acclaimed one-man comedy has become the most popular show on the Canadian Fringe Festival circuit. Written and performed by a 15 time ‘Best of the Fest’ winner and three-time Canadian ComedyAward Nominee, the star in this play is everyone’s favourite deity.Dressed in a floral power suit, the omnipotent playwright as theAlmighty descends from above to skewer everything from Justin Bieber to the Pope.In “one of the funniest stand-up routines ever,” according to theOrlando Weekly, God has chosen to present himself to the audience in order to clear up some misunderstandings about himself and his role as the Creator. “Hilarious, divinely and wickedly funny,” (MontrealGazette), this show is a way for God to let off some steam about what humans have been doing and not doing, and to share how he will stay calm regardless.

“It would be a sin to miss this show!”-Winnipeg Free Press”I laughed so hard… I cried!” – Edmonton Journal