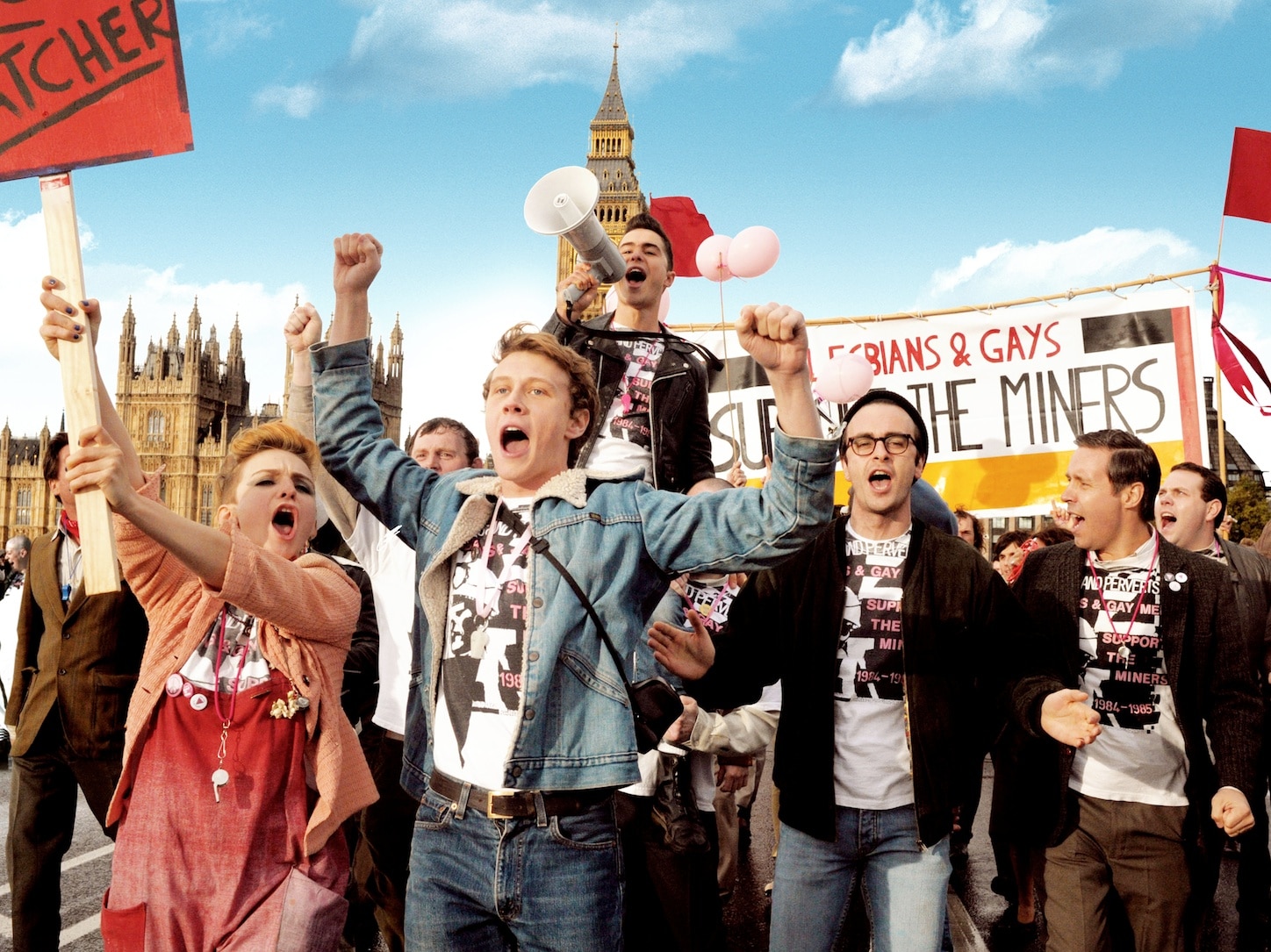 Margaret Thatcher’s iron-fisted rule over 1980s Britain prompted waves of political protest. Perhaps the most amazing response of all occurred when Welsh coal miners andLondon lesbians and gays found a common cause. Pride tells the story of that unlikely alliance; it was never obvious, but it sure looks like fun

“A movie you can laugh along and dance to, and may well become the very first musical in London’s West End to bring disco to the grim Welsh coal mines.”- Geoff Pevere, The Globe and Mail