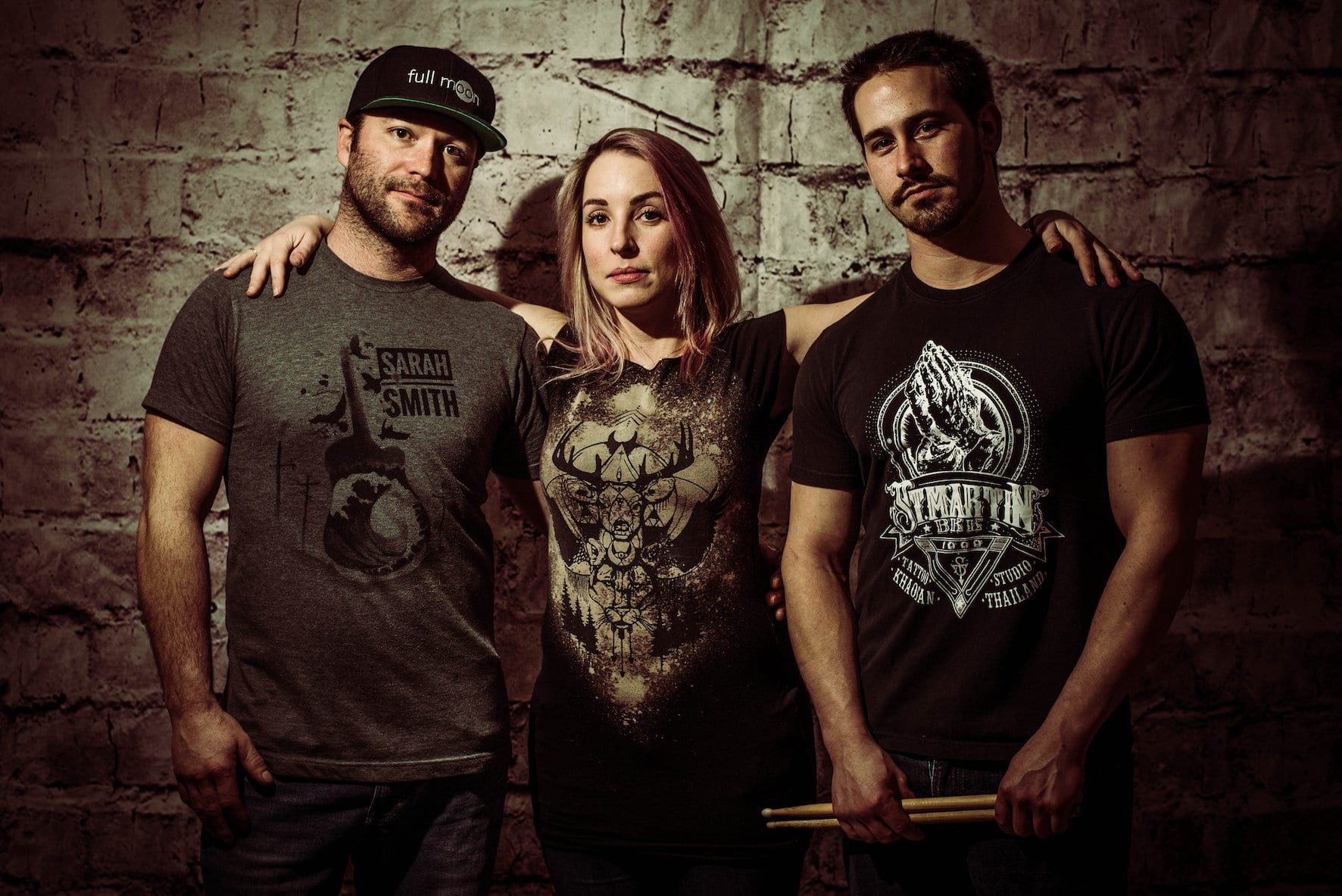 Picture this: A man who wakes each and every day with undeserved feelings of inadequacy while ripping out creative and catchy guitar riffs, harmonies and lyrics between sun down and sun up. That is Jesse Booth, the band’s guitar player, vocalist, co-writer and whip cracker.

Now picture this; Your uncle is a smart-mouth who occasionally cracks a good joke. Now picture that uncle being a short female with a tall, passionate singing voice… That hypothetical character is named Kaylee and she is the vocalist/co-writer in this group.

And if you will, picture a gentleman made of 1 part sunshine, 1 part whey protein and 2 parts good vibes. That’s Garett and he drums so hard his drum kit has its own health insurance policy. He is the drummer and official morale coordinator of the group.