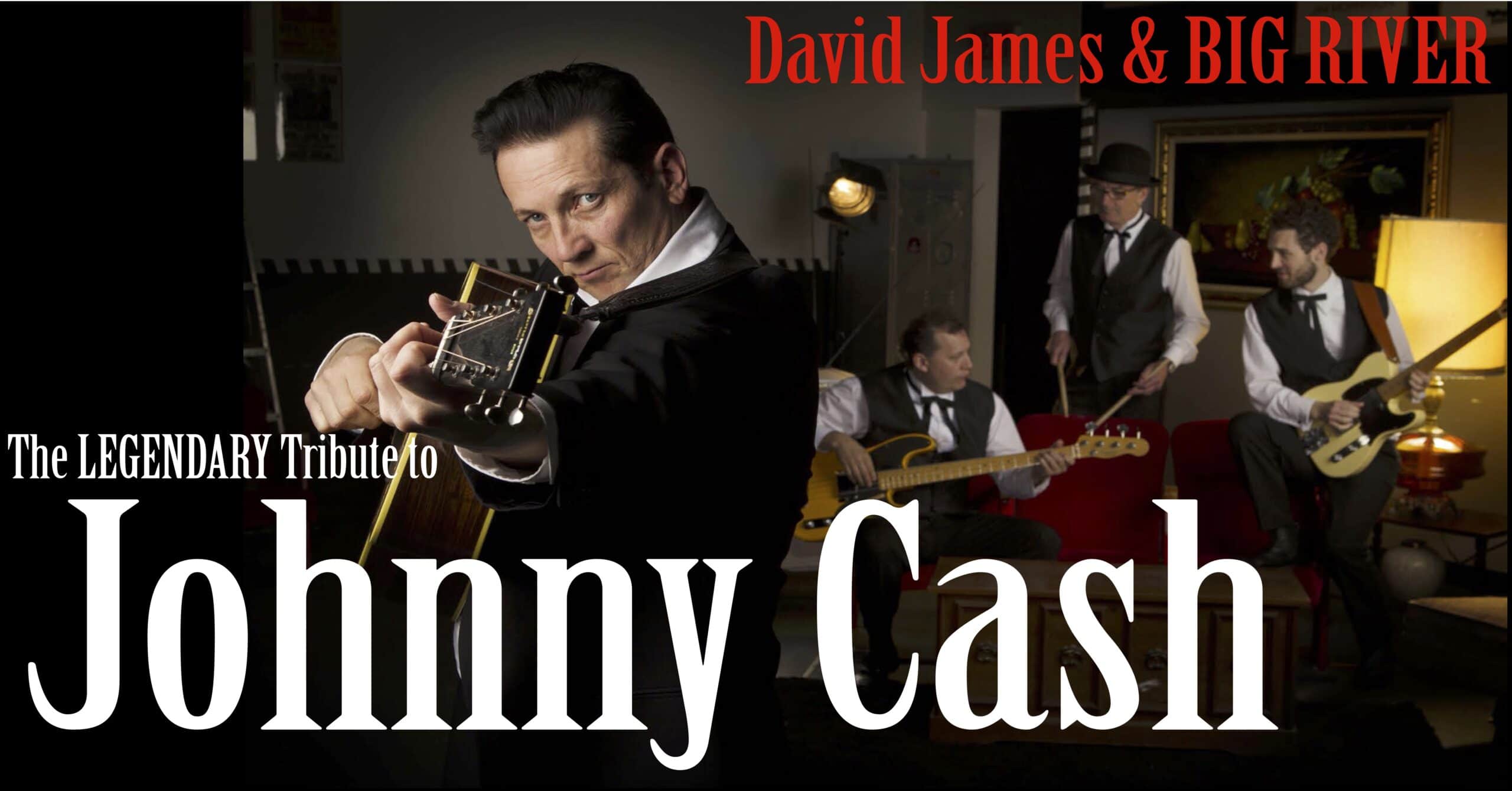 NANAIMO, B.C. – David James and Big River are often described as one of the most authentic Johnny Cash tribute shows touring today. Thousands of fans agree with those reviews, as they routinely sell out shows in venues large and small across Canada and the U.S.

James and his band – Todd Sacerty on bass, Duncan Symonds on guitar and pedal steel, and Colin Stevenson on drums – look and sound like the legacy of the Man in Black, and when they step on stage, they live it. From the way Cash holds his guitar to the way he talks to his audience, the legendary musician lives again when James steps to the mike and says,

“Hello – I’m almost Johnny Cash.” The professionalism of the musicians on and off stage is a testament to the memory of Cash that fans have come to expect from David James and Big River.
The extensive catalogue of songs, from classics like Walk the Line, Get Rhythm and Boy Named Sue, to newer hits like Rusty Cage and Hurt, attracts audiences of young and old alike to relive the music of Johnny Cash.