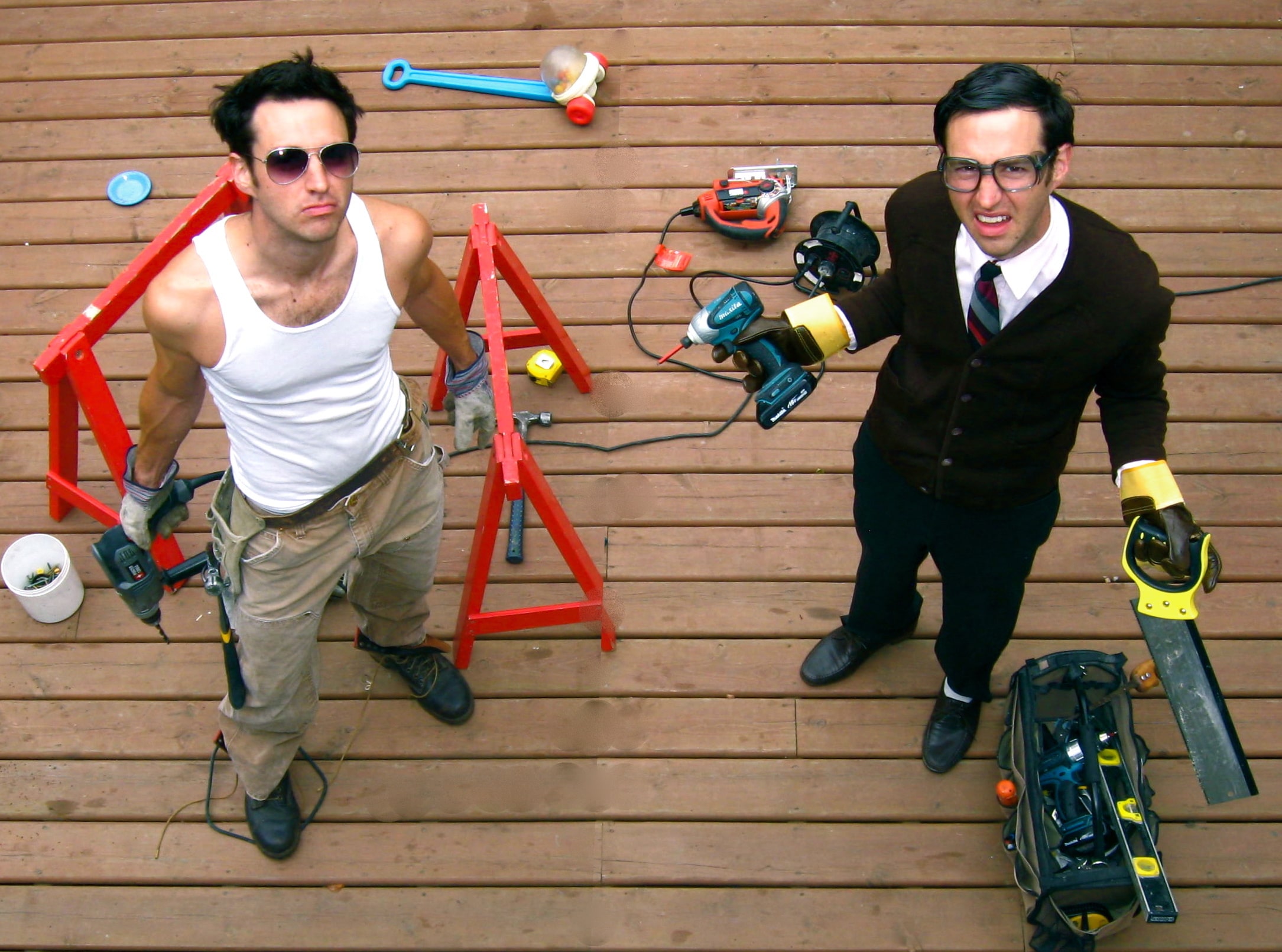 DECK examines the fine line between perfectionism and obsession, chaos and freedom and why a piece of 2×6 lumber isn’t really two inches by six inches. Not even close. DECK stars Cliv, a meticulous single parent of two who has been forced to reassess his future after taking major losses in the recent recession. He embraces a new start as a small town, eco-conscious, back-to-the-lander. His attempts at self-sufficiency are hijacked by a bad house buy and he is forced to try his hand at home improvement. Enter Andreas, the charismatic carpenter who takes Cliv under his wing and offers to lend a hand. As Cliv is drawn into Andreas’ world of free wheeling free living, Cliv begins to lose his grasp on reality and is consumed by suspicions of Andreas’ true motives. DECK is a darkly hilarious take on the modern milieu of a small town, semi-urban environment. Review of the show from Victoria’s Uno Fest here.

Please note: This performance is not suitable for children.