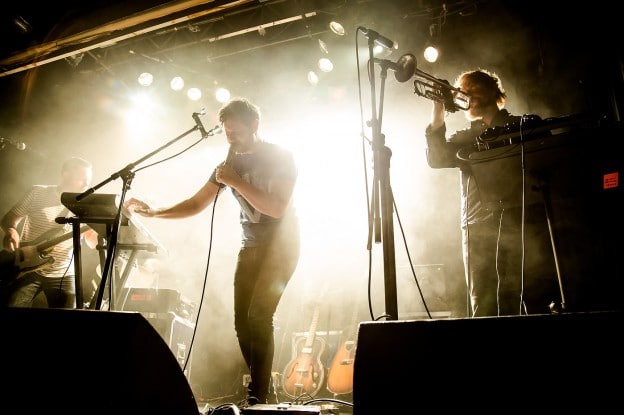 Never one to rest on his laurels or do what’s expected of him, Dan Mangan has, yet again, transformed his sound.

From the traditional stripped-down acoustic folk of 2010’s Nice NiceVery Nice, to the sweeping orchestration and avant-jazz arrangements of 2012’s Oh Fortune, Dan Mangan works best when he’s moving forward and challenging himself. And so, what’s more challenging than departing from the sound that has earned you two Juno Award wins, international critical accolades, and radio chart success?

His latest release Club Meds, released in 2015 by Arts & Crafts, is a departure, both sonically and thematically. The music is darker and more complex, but justas affecting as anything he’s ever done, with the richness and honesty of his singular voice ascending over the music. The critically acclaimed album includes “Vessel”- both a Top 5 charter on Canadian radio as well as the focus song from the film score he wrote for Hector and the Search for Happiness, starring Simon Pegg and Rosamund Pike.